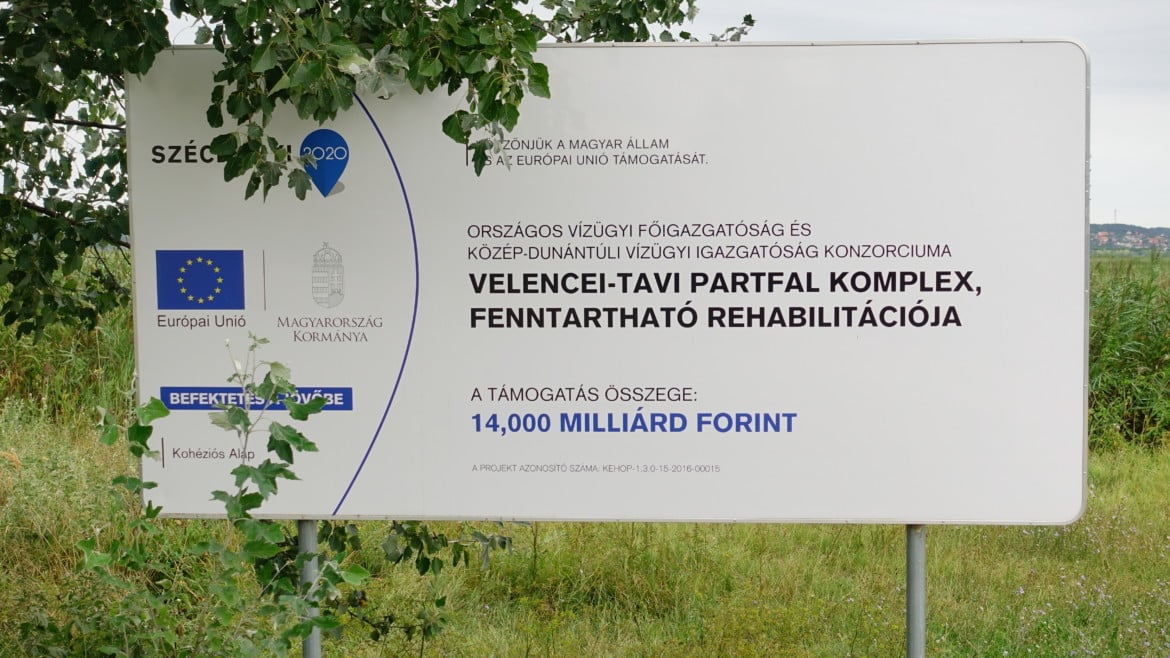 With the support of the European Union, the coastal wall built in the 60s and 70s around Lake Velence will be renewed in the coming years, with allocated funds amounting to HUF 14 billion (around 45 million Euros). The current concrete walls are quite obsolete and degraded, and they do not meet the current environmental regulations standards.

The project containing the details of the renovation work, was presented back in 2017, in front of all the members of Parliament representing the region as well as local executives and public servants.

Zoltán Tessely called the project the largest investment in County Fejér. He recalled that a decision was made to launch the investment at a meeting held in 2013 in Székesfehérvár, after which the Velence Lake Regional Development Council got an initial grant of 2.5 million Euros, for the planification of the project.

He added that if this renovation could further increase the attractivity of the area for both inland and foreign tourists, then the region could benefit from further investments. By the end of April 2019, 25% of the dredging work had already been achieved, and the overall renovation should be completed by autumn 2021.

The purpose of this complex renovation project is to improve the quality of the water of Lake Velence, to ensure the near-natural state of the coastal areas, and to carry out an environmentally conscious renovation. The sediment in the bays will be excavated, which will help with the proper water flow within the lake. It will also help to reduce the quantity of algae spores, thus improving the quality of the water. Part of the reed which covers some areas of the lake will be removed, but with offering alternative solutions to the wildlife that often developed within these reeds.

During the course of the project, numerous bays around the Velence lake will be freed from mud and several public beaches and camping sites will be refurbished. The current shore protection will be gradually demolished and then replaced by a modern cover allowing the natural self-cleaning process of the water. Some so-called nurseries for the fishes will be established in order to provide a favourable environment for them to reproduce.

The work is being carried out by the companies Colas Alterra Zrt. and Swietelsky Magyarország Kft, with the support of the General National Water Directorate and the Central Transdanubian Water Directorate.